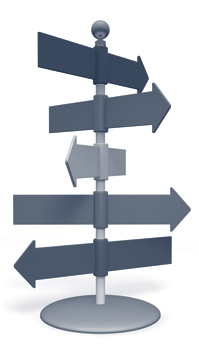 How should city councils decide if they want to switch to ranked ballots for the 2018 election?  Here are five options, and our grade for each:

Pioneered in British Columbia in 2004 and now being replicated all over the world, Citizen’s Reference Panels consist of ordinary residents who are randomly selected – just like a jury!  They learn all the about the issue from experts, consult with the public, go through a process of deliberative dialogue and then make a recommendation to City Council.  This depoliticizes the process by taking it out of the hands of politicians while avoiding all of the drawbacks of a referendum.  (NOTE: This option is expensive and is no longer feasible to meet the deadline for 2018 implementation.)

Not sure about ranked ballots? Why not take the car out for a spin? Try them in 2018 as a pilot project, and then let the new City Council make a decision about whether or not to switch back.  The best way to learn about the benefits, and any potential drawbacks, is to give it a try!  A pilot can also be followed by a referendum, giving voters the final say.

B    Decision by Council

Municipalities should provide ample opportunity for citizens to be informed and consulted.  Town halls, surveys, debates and websites can all serve to inform residents about the options and give them a chance to give feedback to City Council. Just like any other issue, Council should then make a decision. That’s what they’re elected to do.

Referendum can be done properly, but it can be quite expensive and time-consuming.  Financial resources must be allocated to educational materials that are distributed to all voters.  The materials have to be easy-to-understand and explain the mechanics of each proposed system as well as the pros and cons.  Materials should be translated into multiple languages and be effective for different age groups and backgrounds.

If municipalities want to explore a referendum, we encourage them to try ranked ballots first as a pilot (see above) and then host a referendum afterwards.  That way, citizens have been given an opportunity to try both systems and make an informed decision based on their own experience.

We strongly discourage municipalities from diving straight into a rushed referendum without either allowing time for a deliberative process or trying ranked ballots first as a pilot in 2018. Voters tend to vote against anything that they’re unsure about or don’t know enough about. The media pays little attention to referendum questions and therefore the average voter walks into the voting booth without knowing very much about the options being asked. In addition, opponents of reform often find it quite easy to create fear about change and convince people to stick with what they know. If you’re serious about democratic renewal, don’t sabotage your own process with a referendum that is likely to fail due to lack of awareness or understanding.